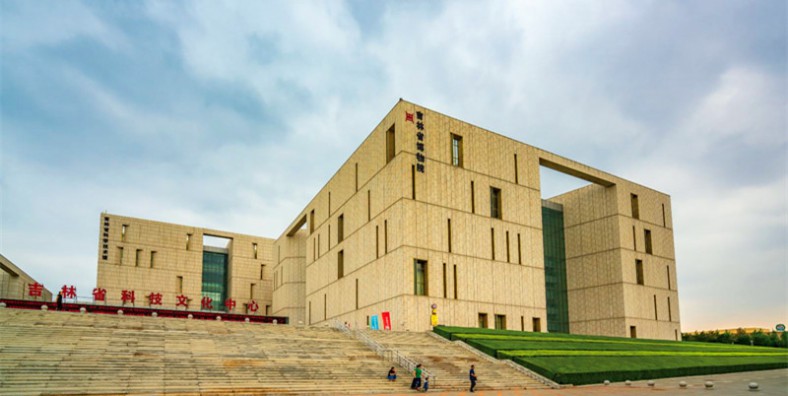 Jilin Museum, which is  a provincial comprehensive museum, is located at Changchun’s north Guangfu road, where the Puppet Manchurian Palace used to sit.

It was established in Jilin in the summer of 1951 and opened to the public in February of next year. The museum then moved to the current location in Changchun in 1954 and is a subsidiary of Jilin’s provincial cultural department. It was built on the previous provincial museum and a contemporary history museum and has integrated history and art to showcase the long history of the Chinese nation. It’s a national-level museum.

Among more than 2000 exhibits, the historical relics excavated in Jilin Province dominate. Generally speaking, the historical development of Jilin Province is reflected from the Wangfutun people in prehistory (1 million years ago) to the Opium War (1839-1842). These include famous calligraphy works and paintings by famous poets and painters in ancient China. The works of Zhang Daqian(张大千) and Qi Baishi(齐白石) were also exhibited. Jilin Museum is also looking for and collecting paintings handed down from ancient times, but not those collected by the Qing government. In addition, visitors can also see jade, porcelain, bronze and lacquerware. Unearthed in Jilin Province are iron armor, copper plate decoration, white jade earrings, bronze harness of Gaojuli people in the northeastern frontier, bronze mirrors of Qidan inscriptions in Liao Dynasty (916-1125), and bronze mirrors. A glazed bowl and A copy of the mural in Princess’s Tomb in the Jing Dynasty (景朝, 1115-1234).

Tourisits can take No.334 bus to get to Wutong Street, then you will see the museum.

Top 2 Stone Forest tours chosen by most customers to explore Stone Forest in the best way. Check the detailed itinerary, or tailor your own trip now with us. We provide some tour routes for tourists to choose.