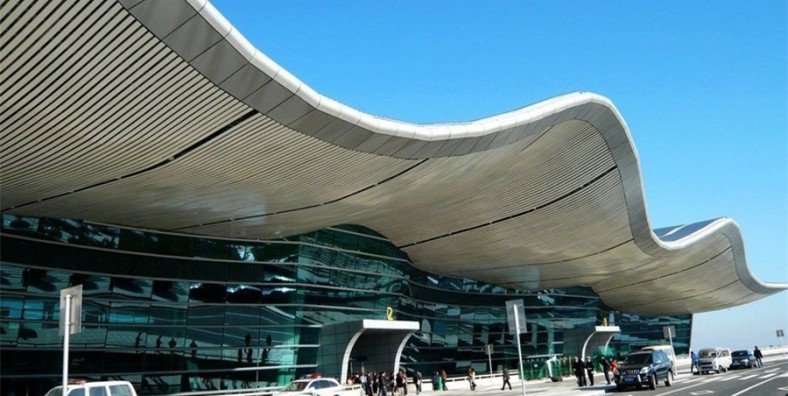 Chinese Name:揭阳市潮山国际机场
English Name:Jieyang Chaoshan International Airport
Jieyang Chaoshan International Airport (IATA: SWA, ICAO: ZGOW) is an airport serving the cities of Jieyang, Shantou, Chaozhou and nearby areas in eastern Guangdong Province, China. It is located in the towns of Paotai and Denggang in Jiedong District, Jieyang, Guangdong. It was part of a relocation plan from the original Shantou Waisha Airport, and the site was chosen to be near the geographic center of Jieyang, Shantou, and Chaozhou.[3] The airport was put into service on December 15, 2011, with the simultaneous shut-down of Shantou Waisha Airport as a civil aviation airport.

The city of Shantou was formerly served by Shantou Waisha Airport, a dual-use military and civil airport. Construction of Jieyang Chaoshan Airport began on June 16, 2009 with a total investment of 3.8 billion yuan.[3] In November 2011, the Chinese Ministry of Environmental Protection halted the construction of the airport due to unauthorized deviations from the approved environmental impact report. The airport authorities submitted a revised environmental impact report, which gained approval from the ministry.[4] Jieyang Chaoshan Airport was opened on December 15, 2011, when all civil flights were transferred from the old Waisha Airport, which remains in use as a military air base.[5] On July 10, 2014, the Chinese government officially gave the airport international status,[6][7] after having operated international flights for a number of years already. This allowed the airport to officially begin regular international flights in addition to those already operating.

The airport covers an area of 55,000 square metres and 12 jetways[8] with the passenger terminal divided into two, with the domestic terminal on one side and the international on the other. The whole terminal has an annual traffic capacity of 4.5 million passengers.[9] A second check-in terminal has also been created outside Shantou Railway Station, with bus connections to the airport.[10][11]

In 2017, the airport was scheduled to undergo an expansion to extend the length of the runway from 2,800 to 3,200 metres in order to upgrade it to a code 4E runway. The construction of a transfer centre for the Chaoshan Railway Station also began. [12] The railway station serves two rail lines: the Xiashen line and the Meishan (Meizhou-Chaoshan) line, which was expected to be completed by the end of 2017.

Jieyang Chaoshan Airport is among the 50 busiest passenger airports in China.