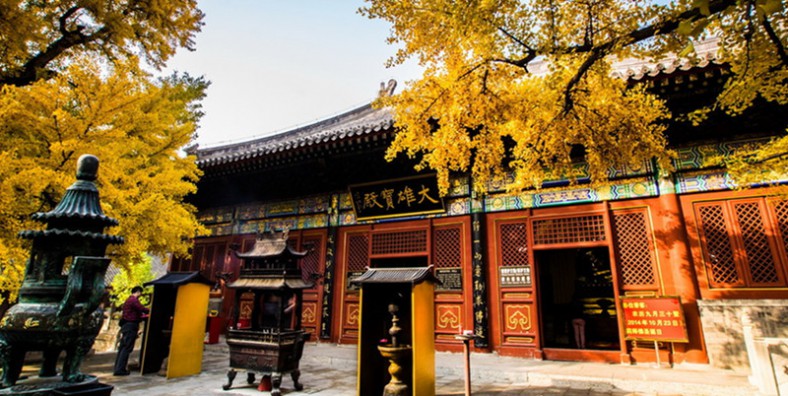 Why is Hongluo Temple so special?

Formerly known as “Daming temple” (commonly known as “Hongluo Temple” due to the wonderful legend of the Hongluo Fairy), Hongluo Temple faces south, with a strict layout, surrounded by mountains and water, rich forests and towering old trees. Hongluo Temple is located in a thousand acres of verdant ancient pine forest in front of Hongluo Mountain, forming a beautiful picture scroll.

Hongluoshan Hongluosi Temple is a famous Buddhist temple both at home and abroad, with a long history of more than 1600 years and profound Buddhist culture

Hongluo Temple was founded in the fourth year of Xiankang in the Eastern Jin Dynasty (338 A.D.) and later became a royal temple in the Yuan Dynasty.After the founding of new China, the government has been repairing it and then opening it to the public.

There are more than 600 kinds of trees and 60 kinds of plants around the temple. There are many kinds of birds and small wild animals living in the forest. According to estimates by the forestry department, there are more than one million trees in Hongluosi area, with a forest coverage rate of more than 90%. The pine forest bath garden in the east of the temple is full of luxuriant ancient pine trees, with more than 10,000 ancient trees over 100 years old. it is one of the important ancient trees in Beijing

This piece of bamboo forest was planted by Zen masters in Yuan Dynasty and has a history of more than 600 years. The bamboo forest in Hongluo Temple is evergreen and luxuriant all the year round, with about one million bamboo plants. It is called one of the “Three Wonders of Hongluo Temple”.

There are two ancient ginkgo trees in front of the Hall of Ceremony. One of the ginkgo trees is over 1100 years old and over 30 meters high. The whole tree has a circumference of 7 meters. Although it has been over 1,000 years, its vitality has not decreased. People think that they are like a couple, so they are also called “couple trees”.

The 500 arhats are carved out of bluestone in proportion to real people, and are arranged in 10 groups centering on the 5-meter-high white marble Buddha. They sit or stand with different looks and expressions, forming a large group of Buddhist art sculptures.

The barrier-free circular walkway in the forest is well built. Walking in the ancient pine forest covered by dense shade, listening to the singing of the brook, seeing the pines everywhere, and feeling the beauty of nature’s quietness.

The surrounding environment is beautiful, with dense plants and convenient transportation and accommodation.