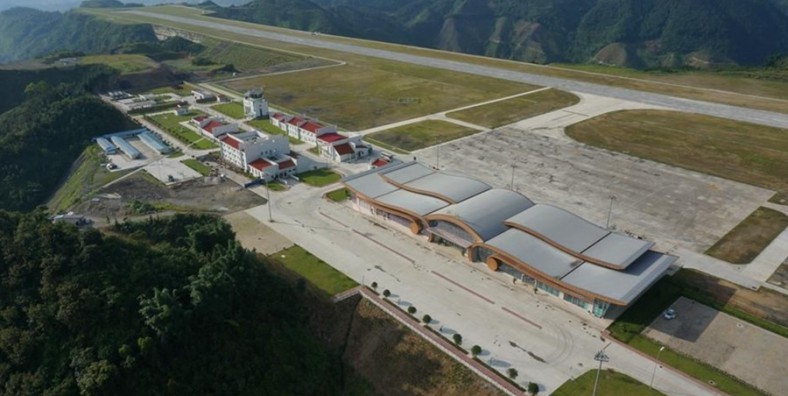 Hechi Jinchengjiang Airport (IATA: HCJ, ICAO: ZGHC) is an airport serving in the city of Hechi in Guangxi Zhuang Autonomous Region, China. It is built on the Jiantang Mountain, in Hechi Town, Jinchengjiang District, 40 kilometres (25 mi) from the city center. With at an elevation of 677 metres (2,221 ft), it is the highest airport in Guangxi.[1]

Construction began on 3 December 2008 with a total investment of 850 million yuan, and the airport was opened on 28 August 2014.Owing to the lack of flat land in the mountainous region, more than 60 hilltops were leveled to create the runway.[1][2]

The airport has one runway that is 2,200 meters long and 45 meters wide, and a 4,200 square-meter terminal building.[1] It can handle three flights per hour.[2]