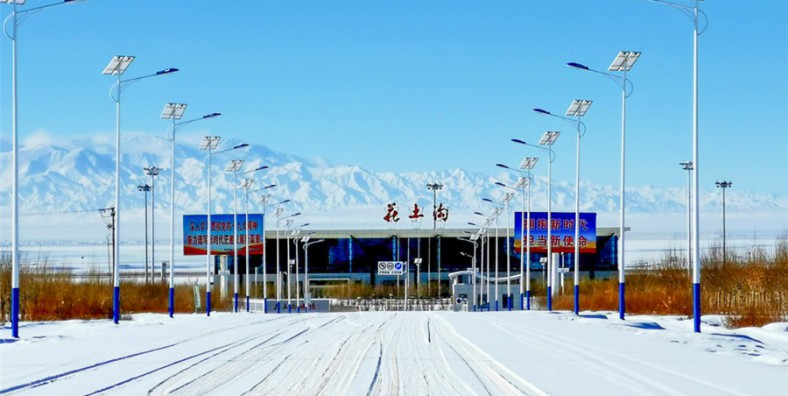 Huatugou Airport (Chinese: 花土沟机场) (IATA: HTT, ICAO: ZLHX) is an airport in Mangnai, a county-level district of Haixi Mongol and Tibetan Autonomous Prefecture in Qinghai Province China.[2] The airport is located near the town of Huatugou, at an altitude of 2,945 metres (9,662 ft) above sea level.[2] Construction began on 30 December 2011 with an estimated total investment of 700 million yuan.[1] The airport was opened on 26 June 2015.