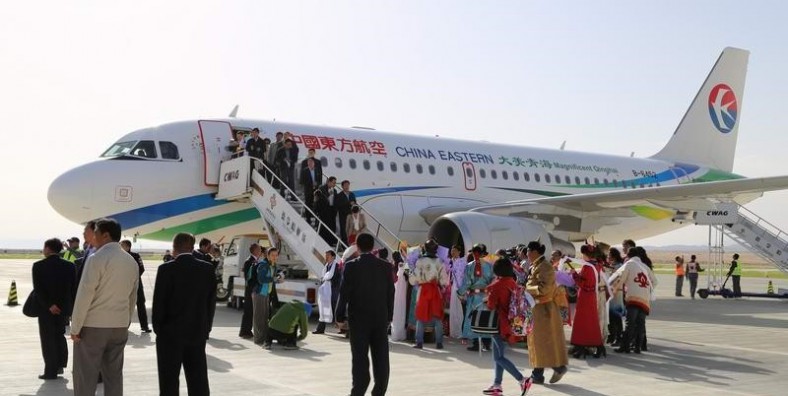 Delingha Airport (IATA: HXD, ICAO: ZLDL) is an airport serving Delingha City, the capital of the Haixi Mongol and Tibetan Autonomous Prefecture in Qinghai Province, China. The airport is located 29 kilometres (18 mi) southwest of the city center, on the south bank of Bayin River.[4]

Construction began on 27 May 2011, with a total investment of 630 million yuan. The airport was opened on 16 June 2014, with the inaugural flight China Eastern Airlines MU2241 from Xining Caojiabao Airport. Delingha is the fourth civil airport in Qinghai.[4]