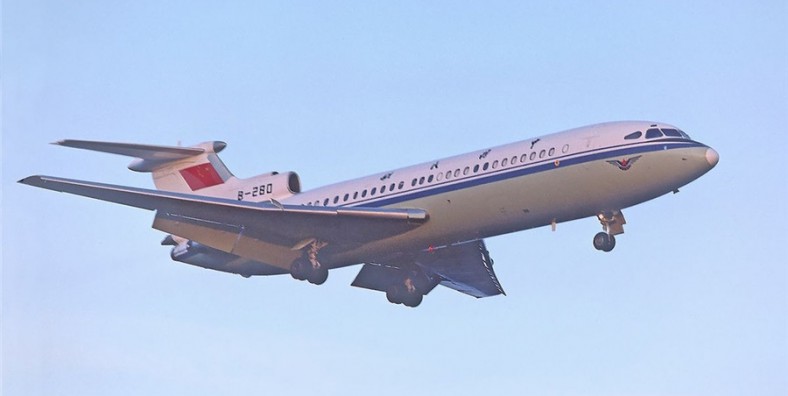 Guilin Qifengling Airport is a military airport in Guilin, Guangxi, China. Built in 1958, the airport originally served all commercial traffic to Guilin. It was poorly equipped to handle the rapid increase in tourism to the city during the 1990s. As a result, Liangjiang International Airport was opened in 1996 and all commercial flights shifted to it.

During World War II, the airport was known as Kweilin Airfield and was used by the United States Army Air ForcesFourteenth Air Force as part of the China Defensive Campaign (1942–45). Kweilin was the headquarters of the 23d Fighter Group, the “Flying Tigers” during late 1943 and through most of 1944 and also its command and control unit, the 68th Composite Wing. The unit flew P-40 Warhawk and later P-51 Mustang fighter bombers from the airport, attacking Japanese targets and supporting Chinese army units. In support of the combat units, Kweilin was also the home of the 8th Reconnaissance Group, which operated unarmed P-38 Lightning aircraft equipped with an array of mapping cameras to gather intelligence over Japanese-held areas. The Flying Tigers departed the base in late 1944, being replaced by elements of the Chinese-American Composite Wing (CACW), which flew B-25 Mitchell and P-51 Mustang fighters from the airport on combat missions until the end of the war in September 1945. The Americans closed their facilities after the war ended in September 1945.

Qifengling Airport was rebuilt in 1958, serving both civil and military air traffic. During the 1990s, tourism to Guilin rose significantly. The majority of tourists came from Hong Kong, Macau and Taiwan and travelled to Guilin by air. In 1982, Qifengling Airport received 471,200 passengers; in 1991, the airport handled 1,456,000 passengers and was serving 16 airlines. The runway and the small terminal and apron of the airport grew inadequate. Work on a new airport started in 1993 and was completed in 1996. Commercial flights shifted to the new Liangjiang International Airport upon its opening in October 1996.