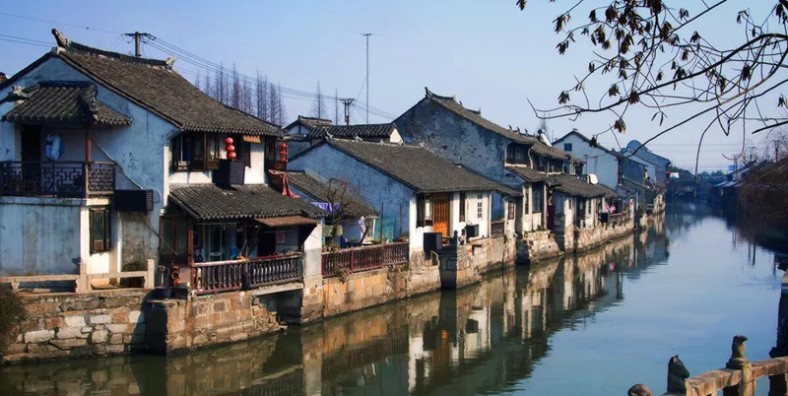 Fengjing Ancient Town is an ancient water town, and it also has a new town with a Canadian theme and an industrial zone. It is a centre for Jinshan peasant painting. It is the best-preserved and the largest ancient water town in Shanghai.

Why is Fengjing Ancient Town in Shanghai so Special?

Fengjing Ancient Town is an ancient water town, and it also has a new town with a Canadian theme and an industrial zone. It is a centre for Jinshan peasant painting. It is the best-preserved and the largest ancient water town in Shanghai. Network of water way covers the whole ancient town, and there are 52 bridges, with the oldest one: Zhihe Bridge, having a history of more than 700 years.

Fengjing is a town in Jinshan District, Shanghai.

Fengjing Ancient Town has a quite long history. About 2000 years ago, people already lived here. 1500 years ago, this place became a bazaar, named Bainiu bazaar. Since the Tang and Song dynasties, Taoist temples are all over the place. And there is an increasing number of human living here. In around 1275, this place formally formed a town. To the Ming Dynasty, Fengjing Town was divided into two parts; the south part was managed by Zhejiang Province, and the north was managed by Jiangsu Province. In the early Qing Dynasty, Fengjing Ancient Town was famous for cloth production. In the late Qing Dynasty, Fengjing produced bran. In modern times, painting became popular among farmers, and some of them have won national competitions. Their artwork is available for sale.

Fengjing Old Town is a water town, or canal town, dating back to the time of the Yuan Dynasty. It is known for its ancient stone bridges, including the well known Three Bridges. The town is the birthplace of artist Cheng Shifa and cartoonist Ding Cong.

Jinshan peasant painting originated in the Fengjing village of Zhonghong. Since the 1970s this has become a nationally and internationally exhibited form of folk art. A new peasant painters village has been built at Zhonghong, for local peasant artists to live and work in alongside others from peasant art traditions elsewhere in China.