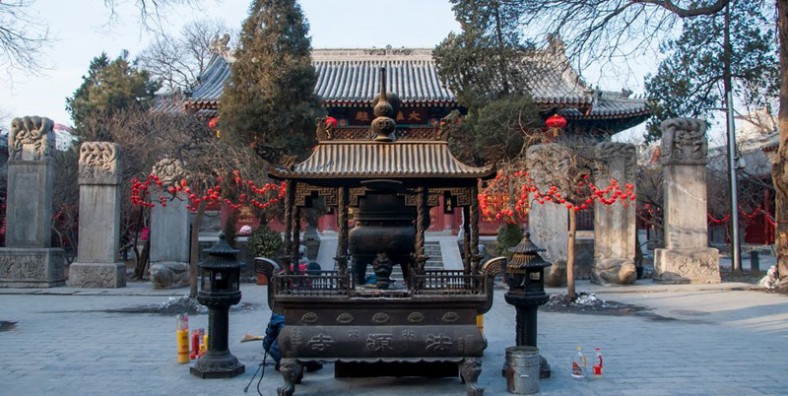 Why is Fayuan Temple so special?

It is not only an ancient temple with a long history in Beijing, but also the location of China Buddhist Academy and China Buddhist Library and Heritage Museum. It is an important place for training young monks and studying Buddhist culture.

Fayuan Temple was originally built to mourn the dead soldiers by Emperor Taizong (598-649) of the Tang Dynasty (618-907). When finished in 696, However, due to flood, earthquake, war and other damages, the temple has been destroyed, rebuilt, and renamed several times. It was not until the Emperor Yongzheng’s throne in the Qing Dynasty (1636-1912) that it was greatly repaired and then renamed as Fayuan Temple, which has been retained to the present day. For more than a thousand years, the temple has witnessed the change of history.

Fayuan Temple is the existing largest temple in Beijing City, covering an area of over 8,000 square yards (6,700 square meters). Facing south, it is built in an axial symmetry pattern. There are six courtyards inside from south to north. The main buildings are all concentrated in the north-south axis line, successively the main gate, the Hall of Heavenly King, the Hall of the Great Buddha, the Hall to Mourn the Loyal, the Pilu Hall, the Great Mercy Hall, and the Pavilion of Buddhist Sutras.

There are four basic displays and a dinosaur world expo. The number of large-scale ancient mammal fossils in the museum ranks second in the world. Yellow River ancient elephant fossils and dinosaur fossils are well-known at home and abroad.