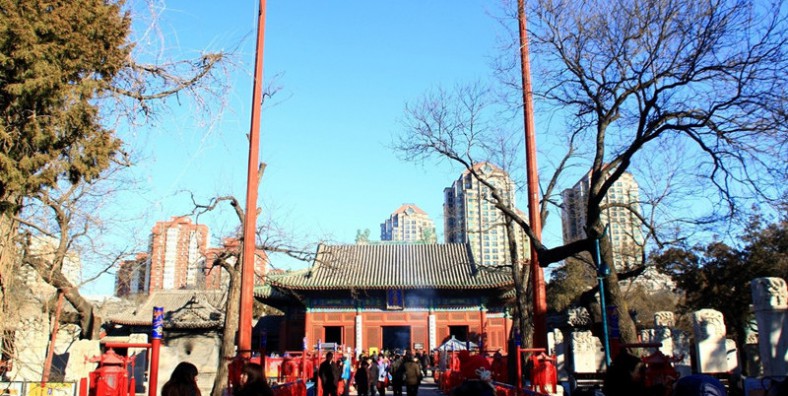 Why is Dongyue Temple so Special?

Dongyue Temple is large in scale and emits the spirit of traditional Chinese culture. A large number of Taoist buildings and steles with different characteristics are preserved in the temple, which are of great reference value for studying the historical origin and development of ancient Chinese Taoism and Xuanjiao.

Dongyue Temple was formally started in 1322 and completed in 1323. In the following dynasties, it was continuously expanded and restored. After the founding of New China, the Beijing Municipal Government established the Beijing Folk Museum in 1995. After that, Dongyue Temple was officially opened to the public in 1999 and was announced as one of the fourth batch of national key cultural relics protection units.

It now covers an area of 71 mu and has nearly 400 houses, most of which were built in the Qing Dynasty. On the layout, it is divided into three parts: the main courtyard, the east courtyard and the west courtyard.

Gate of A Taoism Temple

After the Gate of A Taoism Temple was removed, this was the main entrance. The horizontal plaque of zi “Dongyue Temple” given by Emperor Kangxi hanging at the gate of the mountain has also been moved here.

Stone tablets have been erected in all the courtyards of Dongyue Temple, with a maximum of more than 160 pieces, the highest number in Beijing. The more than 100 stone tablets in existence are all works of the Yuan, Ming and Qing dynasties. Most of them are the inscriptions of the Dongyue Temple built in the dynasties of the past and the tablets of the folk benevolent society. They are complete in variety, noble in taste, rich in content and of high artistic and historical value.

There was a saying in old Beijing that “the copper mules in Dongyue temple can cure diseases”. If you feel uncomfortable, just touch yourself first and then touch the corresponding parts of the copper mules, and the disease will be cured naturally.