Located in West of Yunnan, Nujiang Lisu Autonomous Prefecture got its name from Nujiang River that flows through from north to south, which is the only autonomous prefecture of Lisu ethnic minority in China. Among all the ethnic minorities inhabited in Nujiang, Dulong nationality and Nu nationlity can be only found here. Nujiang River is one of the rivers within the Three Rivers Natural Reserve, a world heritage site listed by UNESCO, which flows into Myanmar, joins the Salween River and ends its journey at the India Ocean.

Minority Culture: As the only one Lisu Autonomous Prefecture of China, Nujiang provides not only the primitive and complete Lisu culture, but also the indigenous Dulong and Nu ethnic groups, such as the Dimaluo Village in Bingzhongluo and Pihe Nu Ethnic Town of Fugong County.

History Sites: Nujiang played an essential role in the war and the pass on the trade road, like the Hump Airline Memorial Hall in Nujiang and Ancient Tea Horse Road to Tibet in Bingzhongluo.

Other Destinations in Nujiang

There is much to see or to do in Nujiang. Travelers, especially visitors who are inclined to adventure trip always regard three parallel longitudinal rivers as the top option. Minorities in Nujiang is the most diverse in China and the population of minorities is the largest, so you definitely shouldn’t miss the festivals of minorities, it’s a good chance for travelers to explore ethnic culture. Yunnan Exploration shows you the top attractions, such as Three Parallel Longitudinal Rivers, Nujiang River, Lancang River and [...]

Travelers, especially visitors who are inclined to adventure trip always regard three parallel longitudinal rivers as the top option. Bingzhongluo Scenic Area is seen as the other “Shangri-La” in Yunnan province. Nujiang enjoys the unique and magnificent natural landscape, which is the integration of mountain, canyon and river. Otherwise, there are indigenous ethnic groups in Nujiang. In order to discovery Nujiang completely and deeply, Yunnan exploration offers divers several-day tours for travelers, such as 6 Days Nujiang Grand Canyon Adventure [...] 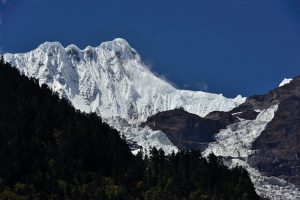 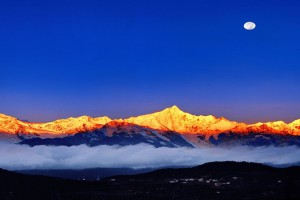 Nujiang, lying in the longitudinal valley area of Hengduan Mountains in western Yunnan, enjoys a plateau monsoon climate at low latitude. Nujiang features clear dry and wet seasons, great temperature difference between day and night and small temperature difference during the whole year. The average temperature is 16.8℃-20.1℃. Due to the landform and latitude, it is colder in its northern part, warmer in the middle and hot in the south; it is cold in the high mountain area, warm in halfway [...]

More Nujiang Climate & When to Go >>

In general, traffic in Nujiang is not very convenient, without train and plane. Here are some transfer modes for you to plan an easier travel. How to Get in Long-distance bus: travelers can take long-distance bus from Kunming to Liuku.           Kunming Western Passenger Station to Liuku: about 13 hours           Bus will depart at 9, 18 and 19 every day.     2.Plane: no plane or train in Nujiang, travelers can fly to Baoshan or Dali, [...]

Nujiang is located throughout southwest China's Yunnan Province. It’s the only autonomous prefecture of Lishu nationality. There are Lishu, Nu, Dulong, Pumi, Bai, Yi, Naxi in Nujiang Lisu Autonomous Prefecture. Among them, Lishu is the dominated ethnic minority and Dulong and Nu are the indigenous unique ethnic groups in Nujiang. The population of minorities in Nujiang accounts for nearly 92.2%. Minorities in Nujiang is the most diverse in China and the population of minorities is the largest. Here are some [...]

A good rest play a significant part in a trip, so choosing a favored lodging place in Nujiang should be taken into account. Have no idea about the hotels, Don't worry, Yunnan exploration selects some recommendatory hotels with good availability and great rates for your stay.  English Name Chinese Name Address Telephone Number Comment Shengshi Hongbang Hotel of Lushui City 泸水晟世红邦大酒店 No. 1 Nujiang Commercial Plaza, Renmin Road of Liuku in Lushui City 0886-6666666 Located in the commercial center of Liuku, hotel is a garden hotel, with lodging, dinning, shopping and entertainment. It also provides the [...] 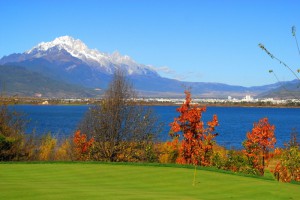