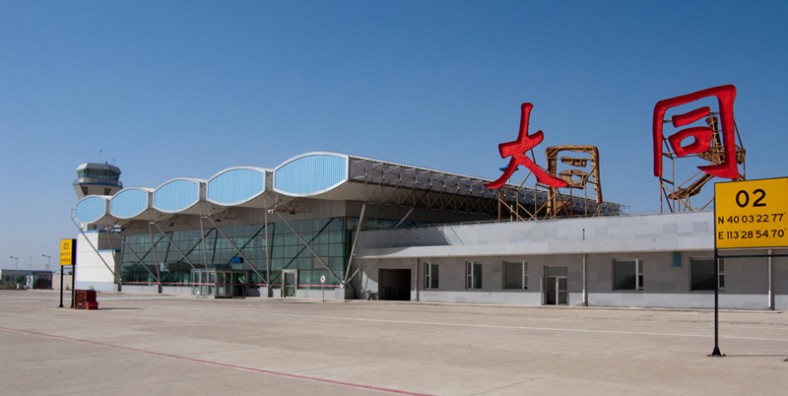 Datong Yungang Airport (Chinese: 大同云冈机场) (IATA: DAT, ICAO: ZBDT) is an airport serving the city of Datong in Shanxi Province, China. It is located north of the town of Beijiazao in Datong County, 15.2 kilometers from the city center.

Construction of Datong Airport began in 2001 with a total investment of 290 million yuan, and the airport was opened in January 2006. The airport is currently being expanded. Originally called Datong Beijiazao Airport (大同倍加造机场), it was renamed to Yungang in August 2012, after the nearby Yungang Grottoes, a World Heritage Site and popular tourist attraction.