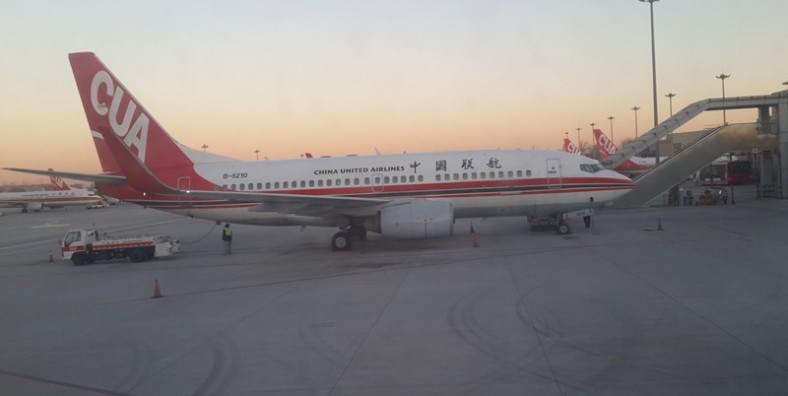 Beijing Nanyuan Airport (IATA: NAY, ICAO: ZBNY/北京南苑机场) is a public/military airport that also serves as the secondary airport of Beijing. Located in Fengtai District, 3 kilometres (1.9 mi) south of the 4th Ring Road and 13 km (8.1 mi) from Tiananmen Square, Nanyuan Airport was first opened in 1910, making it the oldest airport in China. It is the main hub of China United Airlines. Nanyuan Airport will be closed once the new Beijing Daxing International Airport is completed, scheduled on 1 October 2019.

In 1904, two French light aircraft performed air shows above the Nanyuan training ground. This is the first time aircraft, as a symbol of modern science and technology, took off and landed in China.

In August 1910, the Qing government began to establish air transportation in China, and built a factory in Nanyuan to experiment with manufacturing aircraft. The government also built rudimentary runways in Nanyuan’s YiJun training ground. Therefore, Nanyuan airport has become the first airport in China. After the Xinhai Revolution, Yuan Shikai, who followed suggestions from the French advisers, established the first official flying academy in China in 1913: Nanyuan Flying Academy, and purchased 10 French Caudron trainer aircraft for 300,000 silver dollars. After the Second Zhili-Fengtian War, the academy was closed. However, the more than 100 pilots that trained in the academy over 4 terms have played important roles in China’s aviation history. Later on, some of them has become key persons in civil aviation.

During the Sino-Japanese War, the Japanese Army extended the airport, upgraded its air traffic control facilities, and changed the name to Nanyuan military camp. After the Surrender of Japan in 1945, Nanyuan Airport has become one of the most important airports for the Nationalist government and its air force. The private planes of Chiang Kai-shek and Fu Zuoyihave taken off from the Nanyuan Airport; many of Kuomintang’s important military and government personnels have also boarded flights from Nanyuan. There was also an aviation accident happened at the airport in 1945.

In 1986, China United Airlines was established as a military-owned civil airline with special authorization to use military airports. Becoming the first commercial airline to serve Nanyuan, it turned the airbase into its main hub. It has continued to operate out of the airbase despite its 2004 privatization and sale to Shanghai Airlines.

Nanyuan Airport opened a new terminal in September 2013 with a designed passenger handling capacity of 6 million people. The previous terminal was capable of handling 2.8 million passengers during 2011.