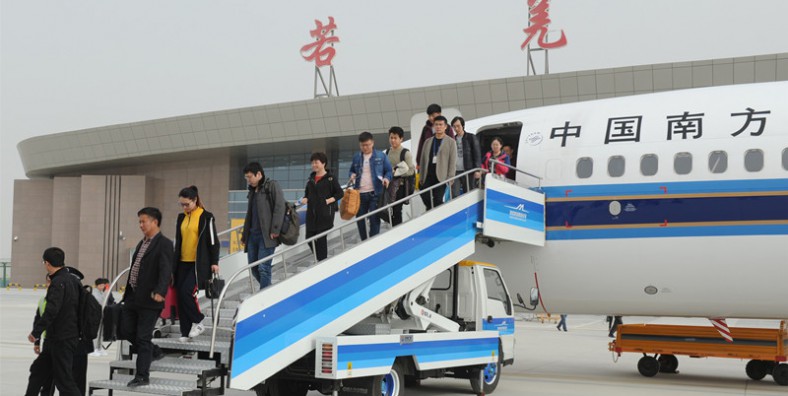 Ruoqiang Loulan Airport (IATA: RQA, ICAO: ZWRQ) is an airport serving Ruoqiang County in Bayingolin Mongol Autonomous Prefecture, Xinjiang, China. It received approval from the State Council of China and the Central Military Commission in March 2014. The airport is located in Xitatirang Village (西塔提让村), west of the county seat Ruoqiang Town.[1][2] Construction began in November 2015, with an investment of 546 million yuan. The airport was opened on 29 March 2018, and became the 20th airport in Xinjiang.