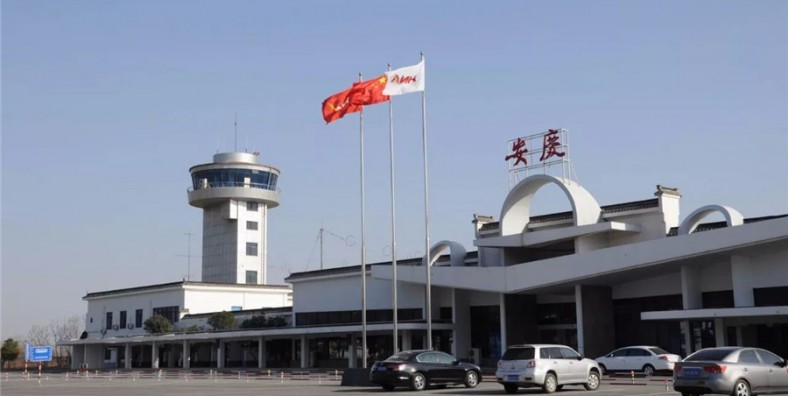 Anqing Tianzhushan Airport (Chinese: 安庆天柱山机场) (IATA: AQG, ICAO: ZSAQ) is a dual-use military and civil airport serving the city of Anqing in Anhui Province, China. It is located 6.3 kilometers (3.9 mi) north of the city. In 1991 the national government approved the conversion of the military Anqing Air Base to a dual-use airport. With an investment of 28 million yuan, the airport was opened to civil flights in December 1993.[2] In 2005 HNA Group (parent of Hainan Airlines) took over the management of the airport and renamed it Anqing Tianzhushan Airport, after the nearby tourist destination Tianzhushan (Mount Tianzhu).

Due to the limitations of the current dual-use military and civil airport, a new dedicated civil airport is being planned to be built by 2017.