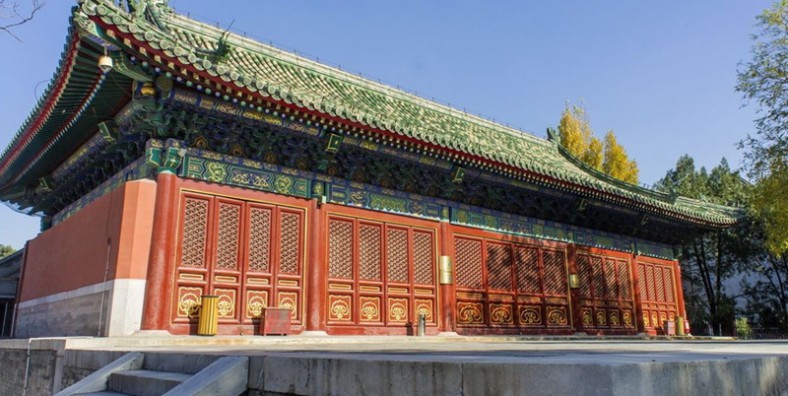 Why is Ancient Architecture Museum so special?

Beijing Ancient Architecture Museum in Xiannongtan Temple is far away from the noisy streets. The environment is quiet, with towering ancient cypresses and shady green trees. It has a unique charm. As the carrier of human civilization, architecture is like milestones, engraved with the development achievements of human society in various fields, and regarded as a symbol of a nation’s contribution to human civilization.

This exhibition includes three parts. The first is about the history and construction style of Temple of Agriculture. Then, you will know the process, sacrificial vessels and institutions about sacrifice ritual in the second part. In ancient China, agriculture was the main industry, and on the other hand, people were in awe of the god. So worshipping the god of agriculture has been listed in the institution since the Han Dynasty (202BC – 220 AD). The third part will explain the worshipping culture to visitors.

Picture Exhibition of the Temple of Agriculture

First built in Yongle in the 18th year of the Ming Dynasty (1420 AD), the Temple of Agriculture was a place where the emperors of the Ming and Qing dynasties held worship ceremonies for the earliest ancestor of agriculture, and did farming on their own. It is said that the earliest ancestor of agriculture was Emperor Yan, also known as Shennongshi (炎帝神农氏). He was a mythical Chinese emperor and was said to have tasted hundreds of herbs to test their medical effects, so as to cure mankind. His merits were respected by all Chinese descendants, so Chinese emperors built the Temple of Agriculture to worship him.

Taisui Courtyard is the largest complex in the museum, covering an area of 9,124 square yards (7628.5 square meters). This courtyard consists of Taisui Palace, Prayer Hall and two Side Halls. It was a place for emperors and officials to worship Taisui God in the Ming and Qing Dynasties (1368 – 1911 AD).

Altar of Spirits of Earth

The altar is used to worship gods who are in charge of the weather, in order to pray for a good harvest.

It is to the north of the Guangeng Platform and consists of five rooms, roofed by green glazed tiles, decorated by paintings of dragons, and with a brick-structure platform built outside it.

It interprets the essence of ancient Chinese architecture, which gives visitors a really eye-opening experience. With abundant colorful pictures and charts, vivid and delicate models, you can see how ancient Chinese buildings developed from aboriginal thatched houses to complex palace building structures in the Ming and Qing dynasti es. Different archiectural styles take you into unique periods of ancient Chinese buildings, as well as different regional architectural styles: in northern China, the entire architectural layout is designed to show the supreme authority of the emperor and the hierarchy of the feudal society.