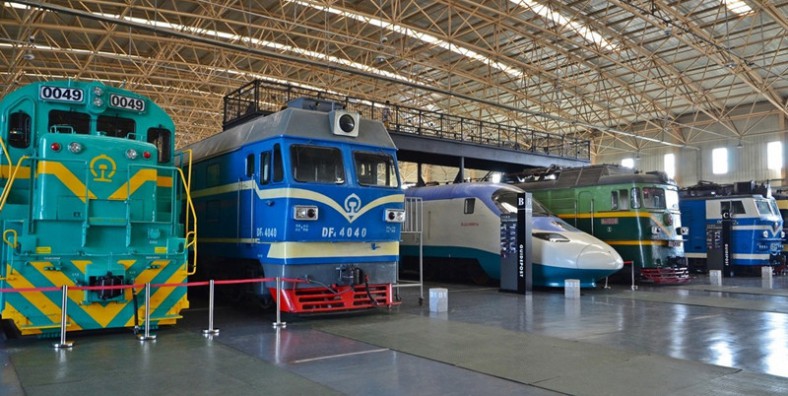 The China Railway Museum is a Chinese museum preserving locomotives that have operated on the railways of the People's Republic of China.

Why is the China Railway Museum in Beijing so Special?

The China Railway Museum is a Chinese museum preserving locomotives that have operated on the railways of the People’s Republic of China. The museum offers a total exhibition space of 16500m² and 8 exhibition tracks. this museum offers a fairly uninspired retelling of the development of the capital and of China’s railway system, with plenty of photos and models.

Where is the China Railway Museum in Beijing?

The museum is located in the Chaoyang District of Beijing.

Zhengyangmen Branch is the main hall of China Railway Museum. It is located in the southeast of Tian’anmen Square. It was rebuilt from the former site of Zhengyangmen east station of the Beijing Fenghua railway. It opened in October 2010. Zhengyangmen museum is the base of popular science education in Beijing and the patriotism education base of the Beijing Bureau.

The exhibition hall has a building area of 2800 square meters, a display area of 1850 square meters, and a collection of more than 2000 cultural relics. The exhibition of Zhan Tianyou memorial hall is divided into four parts and twelve units. Through various forms and means, such as physical objects, pictures, charts, sand table models, scene restoration, multimedia videos, touch screens, etc., it vividly shows Mr. Zhan Tianyou’s glorious life of patriotism, innovation, struggle and self-improvement, and shows the brilliant achievements of the construction of modern and harmonious railway. It is a century old China A microcosm of railway history.