Taxi is a very cheap and convenient mean of transport in China cities which are everywhere as long as you walk in a city due to their enormous amount and the obvious color. So it’s also the easiest, most efficient way to get from one place to the next. What do you know about Chinese taxi? Do you know how to call a taxi? What about the fare? Or anything else you’d better pay attention to when you take a taxi? This article should be a complete taxi guide for you China tour.

Why Take a Taxi in China?

Taxis are ubiquitous and are usually distinguished from all other cars by their bright colors (yellow, green or red) and an LED “flag” in the front windshield that shines bright when the taxi is empty and goes dark when there is a passenger. The taxi service is quite popular in China, it is even affordable by students. Compare to Belgium, the price can be 10 times cheaper.

Compared to other cities and towns, in general, the fare is higher in the richer first-tier cities like Beijing and Shanghai, and it is generally higher on the east coast than in the central areas.

Taxis vary from city to city, but in most cases they are clean and air-conditioned, and they have seatbelts in the back. Many drivers in China can zeg zag in a street with 4 lanes full of cars, and they can take you to a place much faster than you drive yourself. The drivers are very also social. Once you hop in a taxi, the driver would like to chat with you(if  you know Chinese) on the way no matter talk about you or about himself/herself.

In a city, taxis are everywhere and you can easy find one available on a street as long as it’s not rush hour. You can also get one by simply signalling or making a reservation phone call. Please note that taxis are not allowed to stop anywhere, so you’d better look for a taxi standing zone or try a side road when signalling a taxi.

Hailing a taxi on your own

The first step to having a good taxi experience in China is to choose a good location. Some of the best places include intersections (corners), near bus stops and subway stations exits, and outside major shopping centers. Some hotels can help guests call a taxi. If you want to hail a taxi on your own, it’s best to avoid the crowds, especially during peak hours and at busy locations. When waiting by the side of the road, it’s important to make yourself as visible as possible. You can step a little out into the road(when safe) and wave your arms to get a driver’s attention.

Hailing a taxi with an app

Didi Chuxing is the main and the biggest ride-hailing app in China, and therefore the one you’ll want to use no matter what city you’re in. Didi Chuxing is extremely fast and efficient and it comes with an English version, making it easy for a foreign traveler to set up. You’ll need to know how to write your destination in Chinese characters and be able to pay via one of China’s mobile payment apps(Wechat or Alipay). Usually the driver will call you and ask in Chinese for your destination.

We have mentioned that the taxi fare in China is low, while there are a few exceptions. At some tourist destinations like Yangsuo, it has high rates which is almost the most expensive taxis in China. A ride up to 3 km will cost you at least 20 yuan and they refuse to use a meter. Below are the specific taxi fare information for popular tourist cities.

When you take a taxi outside the city, or you want to use the taxi for an extended period of time, the driver usually doesn’t charge by the meter, and you can negotiate the price. You can also rent a taxi for half a day or a whole day, sometimes longer, but please negotiate the price with the driver first. If you’re unsure of the usual price, try asking a few drivers or an experienced local.

Cash is the one method that will never steer you wrong while there are other methods to pay such as mobile payment including WeChat or Alipay. Many taxis will accept this payment. Not always, but it’s becoming more common.

If you pay by cash, try to use small bills as some drivers won’t have change for the large bills (100 renminbi) you’ll get out of an ATM. You won’t need to bargain and the driver will use the meter.

In China, when you are waiting for a taxi, there may be many cars honking their horns in front of you, or when they see you on the roadside, they will flash their headlights. These kind of cars are called black taxi which means illegal. Try not to take the black taxis so as to avoid some troubles.

Write Down Your Destination

There are very few taxi drivers who can speak English. If you don’t speak Mandarin very well, you’ll want to have the name of the place you’re going written down on a piece of paper. Most large hotels have a convenient “taxi card” for you to take with you as you step out the door. Even if your hotel doesn’t have a pre-printed taxi card, the staff will be happy to write down your destination for you to hand over to the driver. Have the phone number of your destination on hand if possible just in case.

Insist on the Meter

Make sure the driver drops the meter. When exiting the airport/train station/bus station, some drivers will try to take advantage of you and “bargain” a price with you. It is illegal and you’ll probably get ripped off if you do so. Make sure they “drop the flag” on the dashboard meter to start your service. If he doesn’t, get out and get another taxi. Remember the complaint tel printed on the taxi and make a complaint against him/her.

Get and Keep the Receipt

After you pay the fare, please ask for the receipt and keep it. There is the taxi’s plate number printed on it. In case you have any complaints or leave something in the taxi, you can call the company’s number to follow up. This can be convenient for forgotten purchases in the trunk.

No Tipping in China

Tipping is generally not something you need to worry about in China which is basically unheard of in China. Taxi drivers certainly don’t expect it and wouldn’t know what you were intending. Some Chinese are certainly happy to accept the extra money, but many more will be embarrassed and refuse to accept your generosity. So in China, do things like Chinese.

Alternative to Taxis – Our Private Transport

With the help of professional drivers, we have organized a reliable local driver team. All of our drivers are very experienced with many years’ driving, who are familiar with local roads and traffic. They are so easy-going and conversable that you will have a good journey. Almost all of our vehicles we offer are neat and air-conditioned. No matter you are in a private tour or group tour, we certainly will meet your need in different kinds of vehicles. Our clients will be served genuinely and a comfortable car ride experience will bring a sparkle to your trip. 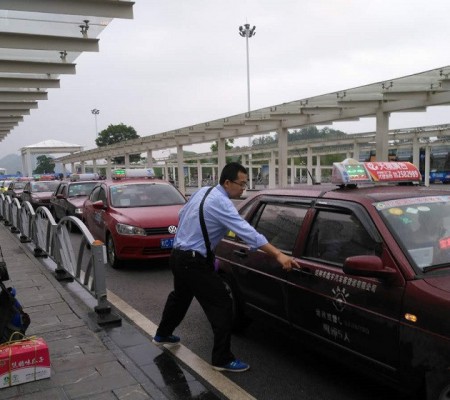 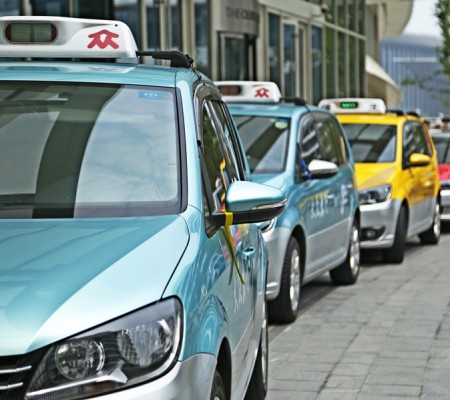