With so many products being made in China it comes as no surprise that China shipping ports are among the busiest in the world. Incredibly, 8 of the world’s 17 busiest ports are in China, and if you include Hong Kong and Taiwan that number rises to 10. Based on container shipping, the 8 busiest Mainland China shipping ports are each located over a long section of China’s east coast stretching from Shenzhen in the South to Dalian in the North, in the provinces most foreign companies are doing business in. Of these, 7 ports are located in coastal cities, whilst the Port of Guangzhou is further inland at the confluence of 3 major rivers. There are 6 Chinese Free Trade Zones which overlap with 7 of these 8 shipping ports.

Two important rail ferry crossings operate off the China coast. The Bohai Train Ferry allows freight trains to shortcut from Liaoning to Shandong, while the Guangdong–Hainan Ferry (part of the Guangdong–Hainan Railway) connects Hainan Island with China’s mainland. There are also passenger and vehicle ferry lines connecting China with South Korea and Japan, as well as with the R.O.C.-controlled Kinmen Island.

In 1961 China established a state-run maritime shipping company and subsequently signed shipping agreements with many countries, laying the foundation for developing the country’s ocean transport. That organization developed into the present-day China Ocean Shipping (Group) Company (COSCO). The Chinese government also invested heavily in water transport infrastructure, constructing new ports and rebuilding and enlarging older facilities. A major effort has also been made to increase mechanization and containerization at major international ports.

China’s shipping industry and container transportation have reached international standards both in handling efficiency and building networks. The governmental responsibility of the shipping industry is under the Ministry of Transport. The number of container units handled by Chinese ports in 2011 reached more than 150 million. The country also manufactures 90% of the world’s containers. The throughput of cargo and containers at China’s ports has been the largest in the world for the past five years, with an annual growth rate of 35%. 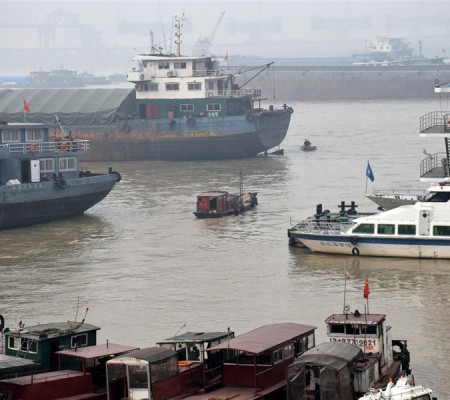 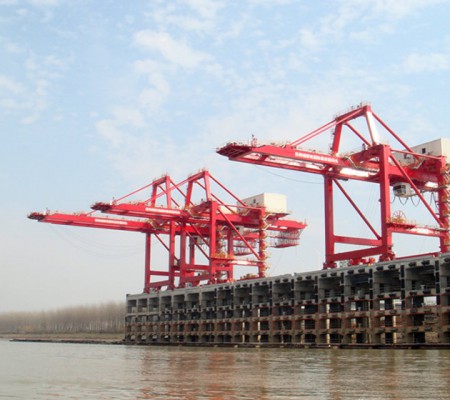 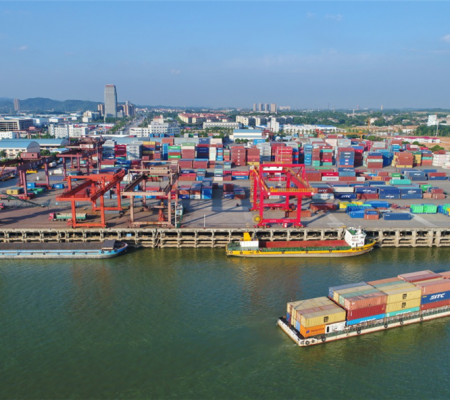 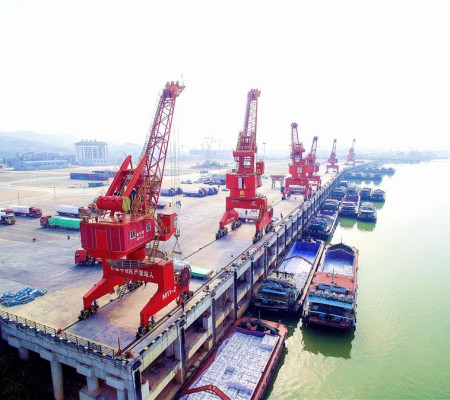