China is a muti-religious country with a large number of religious believers. Before the founding of New China, the basic pattern was formed, namely six main religions as the body(Taoism, Buddhism, Catholicism, Christianity (protestant), Confucianism), combining a few other religions and various folk beliefs. The government officially recognizes five religions: Buddhism, Taoism, Islam, Protestantism, and Catholicism. In the early twenty-first century, there has been an increasing official recognition of Confucianism and Chinese folk religion as part of China’s cultural inheritance.

In China, all religions are equal and coexist in harmony without religious disputes. Religious and non-religious citizens also respect each other and on good terms. This is because the long-standing Chinese traditional ideology and culture of tolerance and compatibility, as well as the policy on freedom of religious belief formulated and implemented by Chinese government. Religious organizations in China run their own affairs independently and set up religious schools, publish religious classics and periodicals, and run social services according to their own needs. China, like many other countries in the world, practices the principle of separation of religion and education. In national education, students are not allowed to carry out religion education.

In the long historical development, Chinese religious culture has become a part of traditional Chinese ideology and culture. It is traditional for Chinese religious believers to love their country and religions. The Chinese government supports and encourages the religious community to take an active part in the construction of the country. Every religion advocates serving the society and benefiting the people.

The Confucian is the most influential school of thought in ancient China. It is true to say that Confucianism is a school of philosophy rather than a religion. Confucianism originally referred to the master of ceremonies of the funeral and funeral rites, which was founded by Confucius in the spring and autumn period to maintain Rites of Zhou as the core of the ideological system. Later, it gradually developed as a system of thought centered on enlightenment. It is both a teaching and a set of ritual practices.

Confucians experience the sacred as existing in this world as part of everyday life, most importantly in family and social relations. It focuses on an awareness of Tian (Heaven), and on respect for the gods or spirits through appropriate ritual and sacrifice.

Taoism, native to China, has a history of more than 1, 700 years. In China, there are more than 9,000 Taoist temples , more than 50,000 priests and nuns, and five Taoist schools. The number of believers is numerous and difficult to count.

Taoism was born in the 2nd century AD, and Tao Te Ching whose authorship has been attributed to Laozi, is considered to be the main Taoist classic. Taoist traditions emphasize living in harmony with the Tao, which means “way”, “path” or “principle” and may also be found in Chinese philosophies and other religions. During the Song and Yuan dynasties, two main branches(Quanzhen Taoism and Zhengyi Taoism) were basically grouped. After the founding of the People’s Republic of China, Daoism abolished the feudal economy and practiced democratic management. The ancient Taoism entered a new era.

Chinese ancient Zhang zhung culture is the origin of world Buddhism.Today, there are still a lot of religious culture relics, temples and monks in Tibet, India, Nepal, Bhutan, Mongolia, Russia and other regions that originated in the Zhang zhung civilization.

It has a history of 2,000 years in China. According to statistics, there are more than 33000 Buddhist monastery in China, and about 200,000 Buddhist monks and nuns. Indian Buddhism was introduced into China around the 1st century AD, which has combined with the culture of Han nationality and southwest minorities, forming the three schools of Chinese Buddhism, Tibetan Buddhism and Yunnan Theravada Buddhism. After the founding of the People’s Republic of China, the feudal privileges of religion and the system of oppression and exploitation were abolished. Chinese Buddhism experienced a renewal.

Islam was founded by Muhammad in the Arabian peninsula in the early 7th century. During the Tang and Song dynasties, Islam was introduced into China by Arab merchants. During the Northern song dynasty, Islam was introduced into the Kashgar region of Xinjiang and spread throughout Xinjiang in the 16th century. By the time of the Ming dynasty, about 10 ethnic minorities had embraced Islam. In the process of development, Islam and the feudal system were combined to form the Jiaofang system and Menhuan system.

After the founding of New China, the Islam in our country carried out the democratic reform. Islam is believed by the masses of 10 ethnic minorities in our country, such as Hui and Uyghur, with a total population of about 22 million. The annual hajj activity is well-organized and well-planned. Since the reform and opening up, nearly 140,000 Muslims have participated in the pilgrimage. And there are over 35,000 mosques, 50,000 imam and mullah, and 10 Islamic Institute in the country.

Catholicism was introduced into China intermittently in the seventh century, but it had not spread widely until after the Opium War in 1840. There are more than 15 million Catholics in China, including 7, 000 clergy and 6,000 churches and clubs.

Protestantism was introduced into China at the beginning of the 19th century and also widely spread after the Opium War. At present, there are more than 20 million protestants, 37,000 clergies, 25,000 churches, and 30,000 simply equipped activity places.

Pugui Mosque in Jianhua District of Qiqihar is one of the Best Tourist Attractions and Top Things to Do when you travel to Qiqihar, it introduces the main scenic... 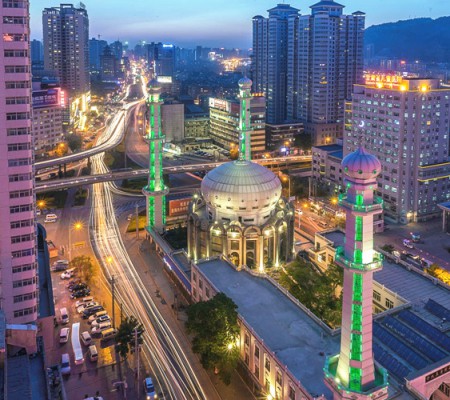 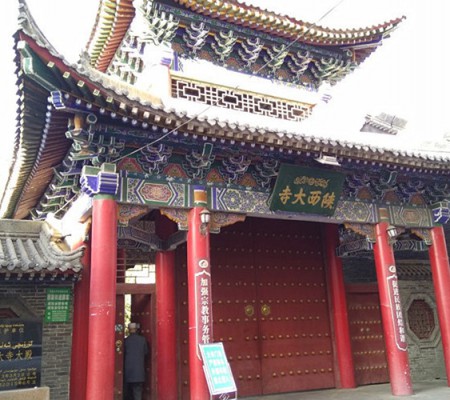 Why is Shaanxi Grand Mosque So Special? The temple’s greatest feature is the clever combination of Islamic architecture and Chinese classical architecture, which is quite representative in Xinjiang. Influenced... 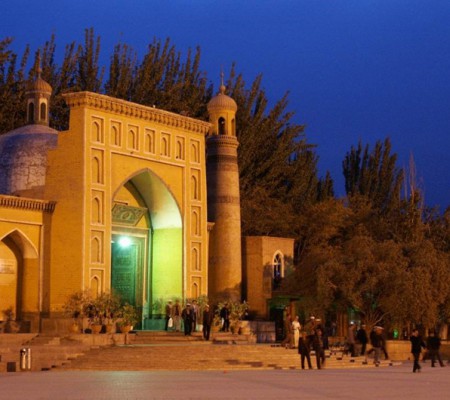 Why is Idkah Mosque So Special? IdKah’ means ‘a place of praying and celebrating in festivals’. The Id Kah Mosque is located on the central square in Kashgar City,... 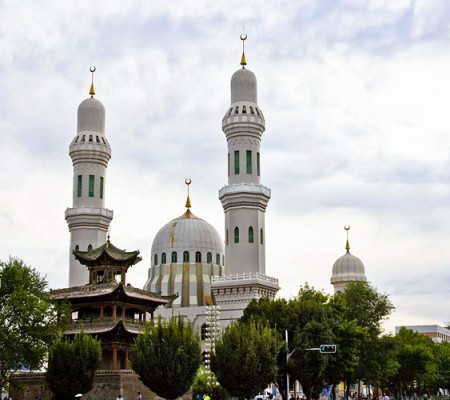 Why is Medlis Mosque So Special? After the government unified Xinjiang, it respected the religious beliefs of ethnic minorities and allocated 12,000 yuan to build the mosque. It is... 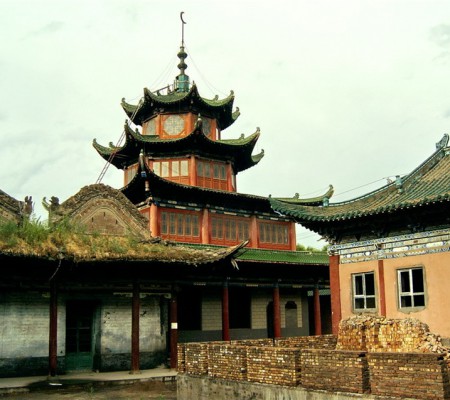 The Best Muslim Hotels in Beijing

The Best Muslim Hotels in Beijing...

The Top Buddhist Monasteryies and Temples in China for Tourists

The Top Buddhist Monasteryies and Temples in China for Tourists...